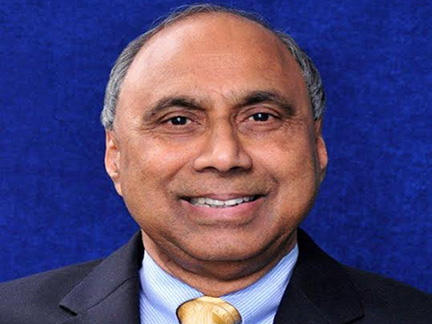 “Today if a Muslim from humble village of Azamgarh can walk and talk with one of the strongest men in the world, Barak Obama, then it should be an inspiration to others who can also be successful like me.” – Frank Islam

At a time when the small district of Azamgarh of State of Uttar Pradesh evokes a great deal of controversy in many unpleasant reasons for its Muslims inhabitants. There is one success story of a young Muslim from Azamgarh who rose to become not only one of the successful global entrepreneurs but also an important name in the corridors of power in USA and is a great role model for not only the young Muslims of Azamgarh but for entire India.

We are talking about Frank Islam (Frank Fakrul Islam) who was born in 1953 in a humble village of Azamgarh district of the state of Uttar Pradesh and today has the distinction of being one of the most influential NRI, reputed entrepreneur and renowned philanthropist of United States. Mr. Frank Islam shot into prominence when he sold his company QSS solutions for 250 million dollars to Perot system corp. but success was never an easy journey for Mr. Islam who after getting his college education from Aligarh Muslims University an institution he has a great regards, left for USA to get his higher education from the University of Colorado Bolder and worked for a couple of information technology companies in his early years.

In the year 1994 a crucial moment arrived his life when Mr. Islam decided to take a risk and with mere 500 dollars in his pocket decided to start his own company and with his hard work and perseverance within the span of next 13 years developed his information technology company QSS solutions to a firm with staff of several thousand employees. Mr. Frank Islam sold the company in year 2007 and at that time the company was worth several million dollars.

He currently heads the FI investment group and serves as an advisory on various boards including US institute of peace, the department of trade and advisory committee and George Mason institute school of management along with being on Board of Trustees of the John F. Kennedy Center for the Performing Arts. He also created The Frank Islam and Debbie Driesman Foundation with the aim of helping other students achieve their dreams. He is an author of two books: Working the Pivot Points (2013). Renewing the American Dream: A Citizen’s Guide for Restoring Our Competitive Advantage (2010)

Mr. Frank Islam is also closely connected to President Obama and Democrat party. He has campaigned politically and is involved in National finance campaign for US President Barak Obama. He is actively involved in US national Politics and he strongly believes that joining politics is the best of way getting your voice heard. “Today if a Muslim from humble village of Azamgarh can walk and talk with one of the strongest men in the world, Barak Obama, then it should be an inspiration to others who can also be successful like me” says Mr. Islam with great enthusiasm.

He has also the distinction of owning and living in a magnificent 47000 sq ft Norton Manor one the most talked about properties in capital Washington DC, which has also been a venue for many important political fund raisers and other events. He is thankful to America for giving the opportunity to achieve success and fulfill his dreams but in the same breath Mr. Islam also concurs that there are great challenges before youth today and especially the Indian Muslim youth who often face prejudice and hostility and his advice to Muslim youth is to get education become an entrepreneur and give back the country and their community part of the success that they achieve. They should get inspired by his success story and follow his footsteps to achieve their dreams. “Indian Muslims should not stay in the shell but come out of it join the mainstream and strive to move with others in the race to compete and excel” say Mr. Frank Islam.

Mr. Frank Islam foresees a great future between US and India relationship and visualizes it only flourish in coming years. He laments the fact that he has not been able to spend enough time in India or do much for his native hometown but he wishes to change that with his plans to set up a school in his native Azamgarh in the memory of his mother and expects cooperation and support from the Government to make his dream come true. Mr. Frank Islam is convinced that this school will help the local community of Azamgarh and poor children for a better future.

He recently concluded a trip to India where he met many eminent politicians and industrialists and has hopes to visit India again soon to materialize his projects and hopes to continue to build bridges between America and India for a better future.